Earlier on Friday, Kiev heard a strong explosion and air raid sirens sounded throughout Ukraine. After Moscow’s main warship caught fire and sank in the Black Sea, residents were ready for a new Russian attack.
The explosions appeared to be one of the worst in the Ukrainian capital since Russian troops withdrew from the Ukrainian capital earlier this month to prepare for fighting in the South and East.
A few hours ago, the flagship missile cruiser of Russia’s Black Sea Fleet sank after being seriously damaged in the latest setback of the Moscow invasion. The missile cruiser became a powerful target of Ukrainian resistance in the first few days of the war.
Ukraine claimed responsibility for the sinking of the “Moscow”, saying that the Soviet flagship of the Russian Black Sea Fleet was hit by one of its missiles. The Russian Defense Ministry said the ship sank when it was towed to the port late Thursday.
The defeat of the warship named after the Russian capital will be a major military and symbolic failure for Russia, as Russian troops regrouped after retreating from most parts of the north, including Kiev, the capital of Ukraine, to prepare for a new attack in eastern Ukraine.
Russia said earlier that the flames on board forced the crew to evacuate. There are usually 500 crew members on board. The company later said that the fire had been controlled, the ship would be towed to the port and the missile launcher would be intact.
The ship is capable of carrying 16 long-range cruise missiles. If it withdraws from the battle, it will greatly reduce Russia’s firepower in the Black Sea. In this war, which has been widely regarded as a historic mistake, the loss of the ship will be a major blow to Russia’s reputation.
Zelensky talked about the shipwreck
Ukrainian President vorodmir Zelensky mentioned the sunken warship in a video speech in the early morning, in which he warned that Russia intended to target the East Donbas region, including Mariupol.
Zelensky paid tribute to all “those who stopped the endless convoy of Russian military equipment… Those who proved that Russian ships can… Sink to the bottom of the sea”
No damage was reported immediately after the explosion in the eastern, southern and western cities of kherkov, kherkov and kherkov. Ukrainian media reported power outages in parts of Kiev.
Ukrainian media said that after midnight on Friday, air raid sirens sounded in all regions of Ukraine, and the sirens in Lugansk and Eastern zaporizia continued, although other regions had calmed down.
Reuters could not immediately verify the reports.

The Russian invasion has entered its eighth week. Due to the resistance of Ukrainian militants, the Russian invasion has stopped with the support of weapons and other assistance from western countries.
It is reported that in the first few days of the war, the Moscow was a warship that called for the surrender of Ukrainian soldiers stationed on Snake Island in the Black Sea during the confrontation. In a widely circulated recording, a soldier replied, “Russian warship, go yourself f–k.”
The associated press was unable to independently verify the incident, but Ukraine and its supporters saw it as a symbolic moment of provocation. The country recently issued a commemorative stamp.
Conflicting reports from Mariupol
The news of the ship’s damage also obscured the statement that Russia had made progress in the southern port city of Mariupol, where they had been fighting Ukrainians since the early days of the invasion, which was one of the most intense battles in the war and caused terrible losses to civilians.
Russian Defense Ministry spokesman Major General Igor Konashenkov said Wednesday that 1026 soldiers of the 36th marine brigade of Ukraine surrendered at a metal factory in the city. But vadym denysenko, an adviser to the Ukrainian interior minister, rejected the claim, telling time that “the battle on the seaport is still going on.”
It is unclear when or when the surrender took place, or how many troops are still defending Mariupol.
Videos broadcast on Russian state television on Wednesday showed dozens of men in camouflage clothes raising their hands and carrying others on stretchers or chairs. A man was holding a white flag.
Mariupol was the place that suffered the most in the war. Fewer and fewer Ukrainian defenders insisted on resisting the Russian siege, which trapped more than 100000 civilians in urgent need of food, water and heating.
The mayor said on Monday that more than 10000 civilians were killed in the siege, and the death toll could exceed 20000. He said weeks of attacks and poverty had “paved the streets” with bodies.
The arrest of Mariupol is crucial for Russia because it will control a large area of territory so that its southern forces can link up with forces in the eastern Donbas region, Ukraine’s industrial center and upcoming attack targets through the annexed Crimean peninsula.
According to a senior U.S. defense official, the Russian military will continue to mobilize helicopters and other equipment for the operation, and may increase more ground combat forces in the “next few days”, but it is unclear when Russia can launch a larger attack in Donbas.
Since 2014, separatists supported by Moscow have been fighting Ukraine in Donbas, and Russia occupied Crimea in the same year. Russia has recognized the independence of the Donbas rebel region, despite widespread condemnation in the West.

But the loss of Moscow could delay any new, widespread offensive.
Maxim malchenko, governor of Odessa region, located on the other side of the Black Sea in the northwest of Sevastopol, said that Ukrainians attacked the missile cruiser with two Neptune missiles, causing “serious damage” 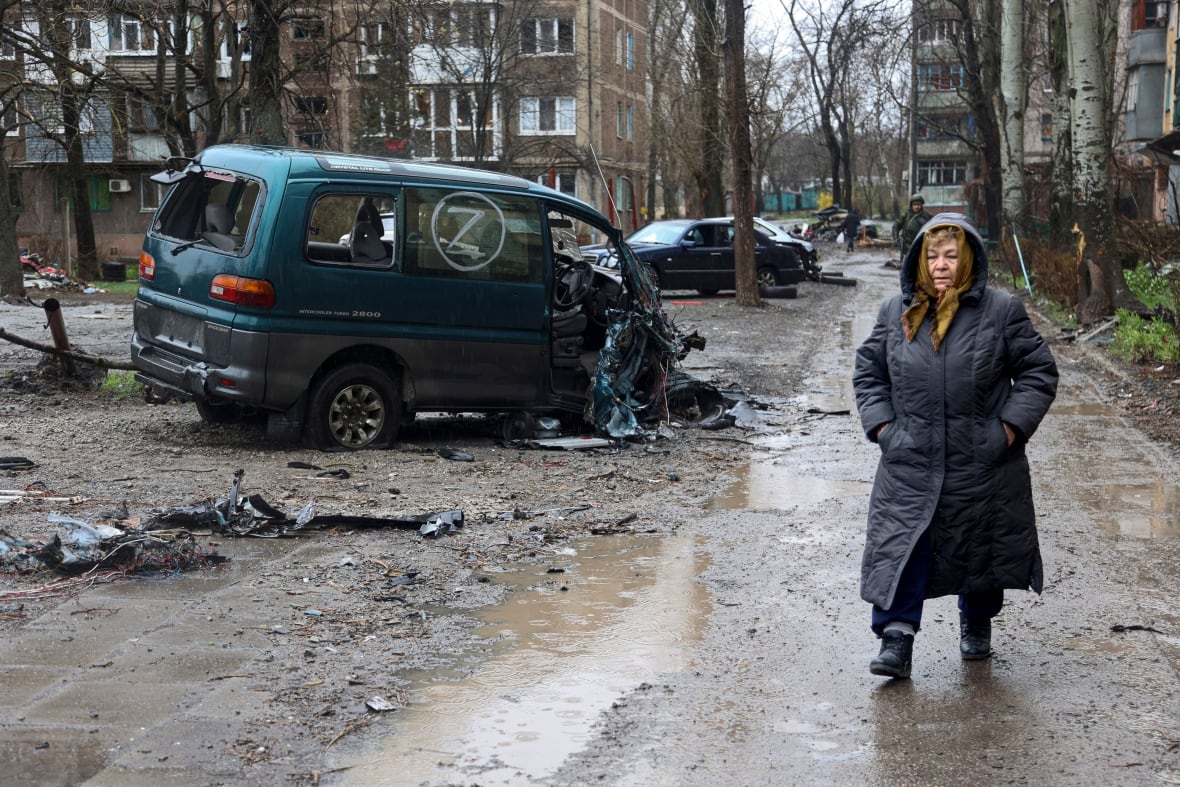 Oleksiy arestovych, an adviser to the president of Ukraine, later said that the ship sank, calling it a “significant event”
The Russian Defense Ministry said the ammunition on the plane was detonated by the fire, but did not explain the cause of the fire. It said that the “major missile weapons” were not damaged. In addition to cruise missiles and other warships.
Neptune is an anti-ship missile recently developed by Ukraine, which is based on the design of the early Soviet Union. These launchers are mounted on trucks near the coast. According to the center for strategic and international studies, headquartered in Washington, these missiles can hit targets 280 kilometers away. Depending on the location of the fire, this will put Moscow within range.
US national security adviser Jake Sullivan said on Thursday that the United States could not confirm the Ukrainian attack on the warship. However, he called it “a huge blow to Russia”
“They have to choose between two stories: one is their incompetence and the other is that they have been attacked. Neither story is (particularly) good for them,” Sullivan told the Washington economic club.
According to Western officials, Russia invaded on February 24 in order to quickly occupy Kiev, overthrow the government and establish a friendly alternative to Moscow. The conflict has killed countless Ukrainian civilians and forced millions to flee.
Also on Thursday, Russian authorities accused Ukraine of sending two low altitude military helicopters across the border and firing on residential buildings in krimovo village, in the Russian Bryansk region, about 11 kilometers from the border. The Russian Commission of inquiry said seven people, including a young child, were injured.
The Russian national security agency said earlier that during the transit of refugees, Ukrainian troops fired mortar shells at a border post in Bryansk, forcing them to flee.
These reports cannot be independently verified. Earlier this month, Ukrainian security officials denied that Kiev was involved in an air attack on an oil depot in the Russian city of Belgorod, about 55 kilometers from the border.