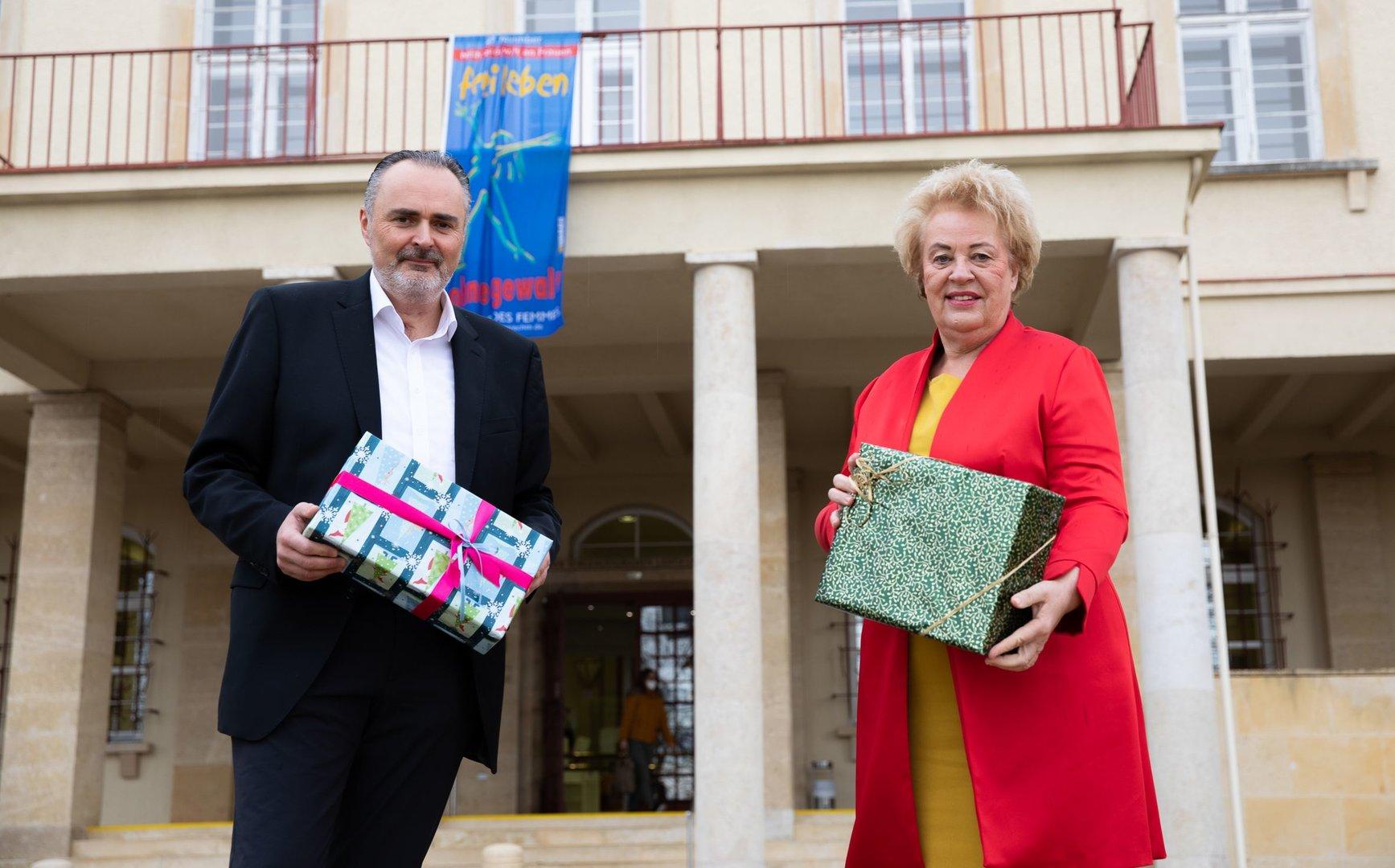 Whether the President of the State Parliament Verena Dunst goes before that is a matter for the boss, so it is in the hands of LH Doskozil

Maximilian Koellner and Killian Brandstaetter have formed the red dual leadership in the Neusiedl/See district since 2019, and for a few days there has also been a duo of mayors at the other end of the state: Mario Trinkl and Fabio Halb were elected chairmen at a district conference with 100 percent (the KURIER reported). your predecessor Ewald Schnecker, who achieved a basic mandate in the 2020 state elections, will remain in the state parliament until the state elections in early 2025, when it will be over: the police officer will be 60 in June 2025. Schnecker, in the state parliament since 2010: “Three periods are enough”. Whether Halb (25) or Trinkl (43) – the latter was already in the state parliament from 2010 to 2015 – in 2025 as the SPÖ top candidate in the Jennersdorf district is open.

The SPÖ district chief of Mattersburg, Neudörfl’s mayor, will also no longer be a candidate for the state parliament in two years Dieter Posch (62). The decision as to who will succeed him in the district was postponed from this year to 2024 in consultation with the state party.

The rather small district of Mattersburg has four members of the state parliament – as many as otherwise only the most populous district of Neusiedl: In addition to Posch, the mayors of Mattersburg, Claudia Schlagerand from Bad Sauerbrunn, Gerhard Hutterand Country Manager Roland Fürst (also from the health resort) – Hutter and Fürst have a state mandate. Schlager is required in the district suburb, Hutter is non-partisan, Fürst dismisses it: the district manager and state manager are hardly compatible, according to the mouthpiece of LH Hans Peter Doskozil. Anyone who succeeds Posch in the district in 2024 could also succeed him in the state parliament in 2025. The antipodes are called Thomas Hoffmann (Mayor and “border guards” in Schattendorf) and the left Neudörfler community board Martin Giefing. Posch does not want to comment, but emphasizes: “There are not only men”.

A woman has represented the Güssing district for the Reds for a quarter of a century: President of the Landtag Verena Dunst has already been replaced by Doskozil’s predecessors Hans Niessl resisted Doskozil would like to send Dunst into political retirement to LH Vice Astrid Eisenkopf praise away to the presidency – club boss Robert Hergovich could switch to the government bench. Dunst will be 65 in two weeks – according to reports, the disadvantages of retirement should be eliminated. Anyone who asks around in the Güssing district will hear about rumors that change every day. In any case, it is striking that there is not even agreement within the SPÖ as to whether or not a district conference including the election of a new chair will take place in March. Fürst refers to Doskozil, who said before Christmas about personalities: “Until further notice” everything will remain the same. A stretchable indication of time. Will haze stay until 2025? He doesn’t know, says Fürst: “That’s a matter for the boss”.